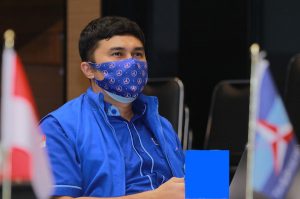 Head of  the democratic party (PD) Strategic Communication Agency  (PD) Herzaky Mahendra Putra said that PD management at various levels is committed to supporting the leadership of Agus Harimurti Yudhoyono (AHY) as the general chairman of the party bearing the mercy symbol. The PD management, said Herzaky, was satisfied with AHY’s which put forward the principles of togetherness, openness, democracy, mutual respect and respect, integrity, and courtesy.

“The Democrat Party is currently solid,” said Herzaky in his official statement to the media crew, Wednesday (3/3). According to him, the blue oversized party management at the DPD and DPC levels, did not want to join the perpetrators of the PD leadership takeover movement (GPK PD) to hold an KLB.

GPK PD perpetrators, he said, continued to spread lies and slander. In fact, making empty claims is like writing down the names of DPP officials who seem to support the GPK PD.

“The names of several DPP officials seemed to agree with the KLB,” he said. Herzaky also ensured that the Democrats would not hold an outbreak in the near future.

If there are parties who claim to carry out the KLB, Herzaky calls the activity illegal. (henri/pn)